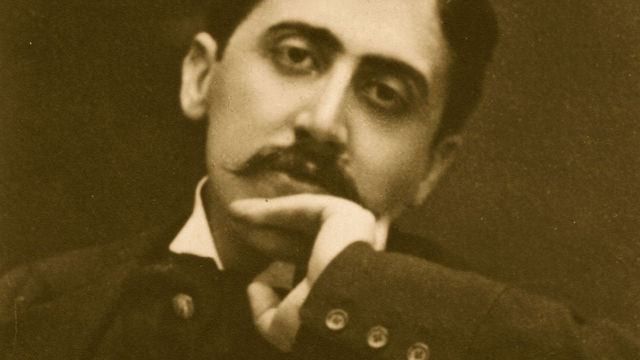 “Eight White Nights” is fundamentally a homage to another Frenchman, Marcel Proust, who is so present in its pages that he goes unmentioned. Not only is the novel awash in Proust’s roomy sentences, extended metaphors and elegiac tone (not to mention his 100-page-long descriptions of dinner parties), but its preoccupations are also deeply Proustian: the unknowability of others; the distillation of experience into memory; the chasm between fantasy and reality; and, above all, the compulsive power of longing and its more optimistic cousin, anticipation. Seen through a Proustian lens, Clara’s worthiness of Oskar’s love is no more relevant than the worthiness of Odette — the superficial courtesan with whom Proust’s protagonist Swann becomes obsessed. It is the fixation that is interesting: its qualities and textures, the impression it leaves in memory.


[Theodore] Herzl’s reading was that the affair marked the end of a credible idea of assimilation; Marcel Proust’s was that it marked the end of a credible idea of aristocracy. The Dreyfus affair acts as a kind of earthquake in “Remembrance of Things Past,” destroying Proust’s belief in a natural merger of the educated middles, mostly Jewish, and the aristocratic heights. Proust’s ideal was the aesthete’s version of the progressive dream, Manet’s version of Mill: the bourgeois would be encircled by the wise and the witty and the wellborn, and their petty prejudices would fall. This happy merger of intellect and grace, symbolized in Proust by the figure of Swann, the Jewish flâneur with a love for Vermeer, is, as Proust says, “retarded” by the affair. It largely accounts for the difference in tone between the melancholy but high-hearted world of the early chapters in Proust’s series, where Swann is free to roam between the Faubourg Saint-Honoré and the demimonde while still being a trusted Jew among the Boulevard Jews like Proust’s family, and the straitened and suspicious social circumstances in the last books. Proust had always expected his aristocrats to think stupidly; he just didn’t expect so many to behave so shabbily.

Marcel Proust wrote all night, rested all day and roused himself between four and six o'clock for a late-afternoon-into-evening breakfast. Rather than venturing from his gloomy chamber, the asthmatic author "worked, ate, socialized and sometimes slept in his bed," forcing his servants to deliver croissants in a room clouded by burning medicinal powders. Proust is best known for the enormous, intricately detailed, multi-part novel In Search Of Lost Time. Dillon writes that the author's oversensitivity resulted in the "forensic interest his novel shows in the nature of sensations."

Paris above and below Graham Robb on Proust and the Métro from the Guardian:


In 1906, at the age of 35, when his literary baggage was extremely light, he was already acquainted with the law of modern life according to which one's immediate surroundings remain a mystery while distant places seen in guidebooks and paintings are as familiar as old friends whose material presence is no longer required to maintain the friendship. The Métropolitain, whose rumble was perceptible to the spiders on the ceiling, might as well have been a fantasy of HG Wells. This, combined with an inability to leave his apartment, explains why, when very few Parisians had never taken the Métro, and when more kilometres were travelled every day in Paris than on the entire rail network, Marcel Proust had yet to descend to the Métropolitain. He had never, as far as we know, even written the word; nor had any of his friends ever mentioned it. In August, he had tried to reach the Père-Lachaise cemetery in order to attend his uncle's funeral, but had spent two hours wheezing in the Saint-Lazare railway station, galvanising his asthmatic lungs with coffee before returning to his apartment.

This is a journal about reading Proust's In Search of Lost Time at the rate of at least ten pages a day.

The text I've chosen is the recent Penguin translation, the first four volumes of which were published in America by Viking. The last three have not been published here because of copyright limitations, but are available in paperback editions imported from Britain. The page numbers, unfortunately, may not correlate with other editions, so I've added the beginning and ending phrases for each day's section.

I welcome your comments and corrections.